Nootropic Review: Modafinil and Adrafinil As Alternatives To Adderall 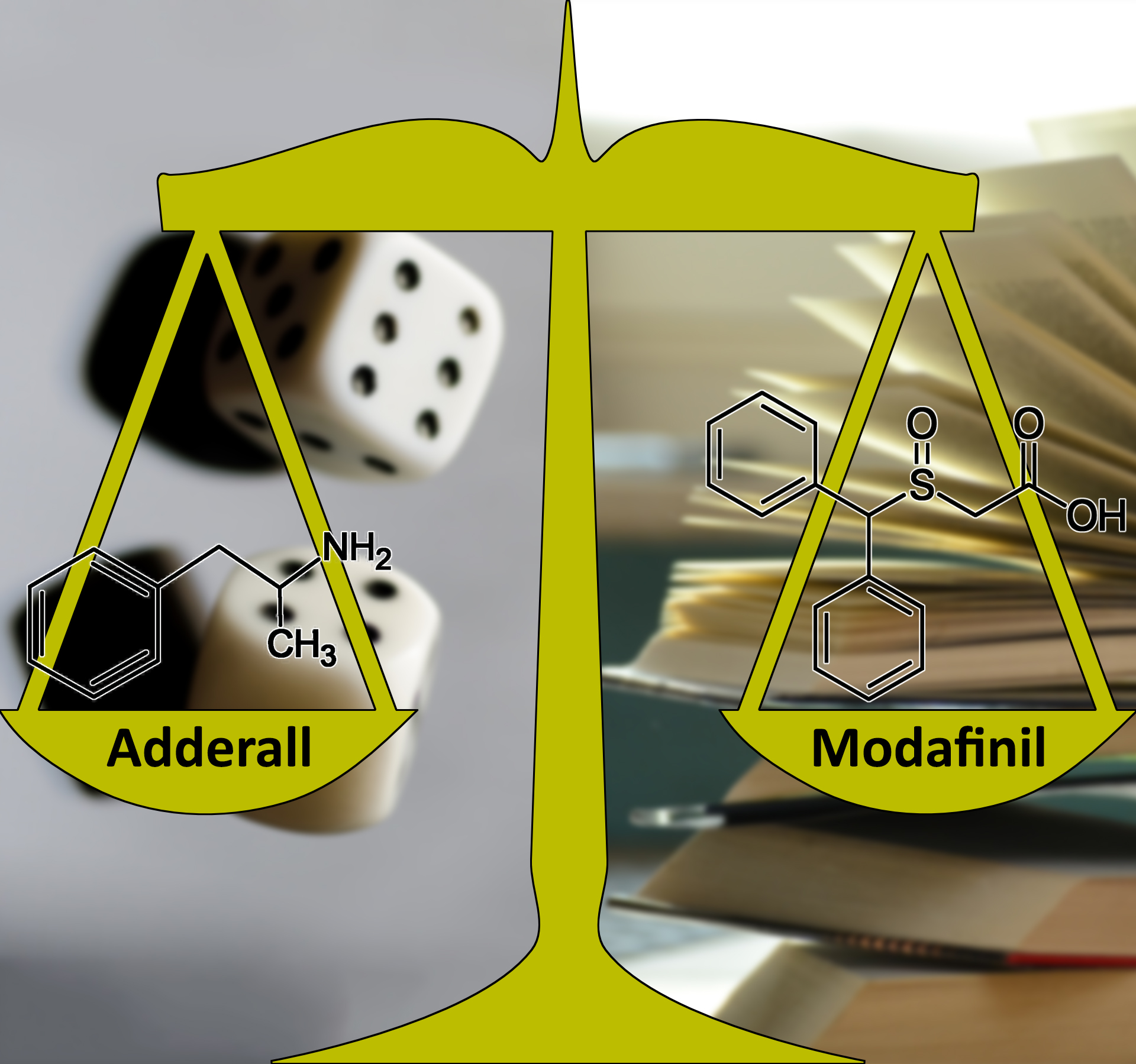 Odds are that if you’re a college student or working in a mentally demanding industry, you’ve already heard about Adderall and its potential as a cognitive enhancer. Whether you’re here specifically seeking to learn more about it, or about Nootropics in general, it’s worth having a full understanding of what options are available before you make a decision. This review will provide you with detailed insight into a pair of viable alternatives to Adderall — Modafinil and its sister drug Adrafinil — that may provide the results you need with far less risk.

A Brief Introduction To Adderall

Adderall is a prescription amphetamine compound, the primary commercial purpose of which is to treat ADHD, and in some cases, Narcolepsy. Studies have demonstrated that, when supplemented by healthy individuals, it can produce significant temporary changes to cognition. Specifically, it results in marked improvements to attention, Working (short-term) and Episodic (long-term) memory. This can make it very appealing to mentally overtaxed students and professionals who have problems focusing or retaining information, but there’s a significant catch.

Like all other amphetamine compounds, Adderall develops a tolerance, meaning that over time it requires incrementally larger doses to achieve the same effect. This can rapidly evolve into a dependence on Adderall to maintain an unsustainable baseline of performance, with withdrawal symptoms becoming a serious concern at late stages of addiction.

For this reason, unless you have a medical predisposition that requires the prescription of Adderall, you’re likely to have a more positive experience using an alternative with less severe risks attached. One of the most well-researched and popular examples of such an alternative is Modafinil.

At the time of writing for this review, if you were to Google “Limitless Drug”, every single link on the first page of results refers to the Nootropic Modafinil as a “Real-life Limitless pill”. Disingenuous marketing aside (The existence of such a pill was already debunked in our “Introduction to Nootropics”), it’s true that Modafinil for many replicates enough of the sought-after effects of NZT that it happens to be the closest thing to a real-life alternative. The same applies when comparing Modafinil to Adderall; the positive effects of both are quite similar, and the contrasting lack of downsides to Modafinil can make it quite attractive as an alternative.

That’s where Adrafinil comes in.

Adrafinil is a produg, meaning that through the process of metabilization it is converted into another drug compound with active effects of its own. In this case, the prodrug in question is converted into Modafinil by the liver. Due to being largely free of the strict regulations in place on Modafinil, Adrafinil makes for a readily available analogue that’s extremely easy to obtain.

In order to properly answer the question of how these Nootropic substances stack up against Adderall, their effects should first be properly broken down…

The primary purpose of Modafinil is as a treatment for sleep disorders such as Narcolepsy. This is not to say that it cures such disorders — merely that it mitigates their effects through its wakefulness-promoting properties. Its mechanism of action (MOA), though not fully understood, is similar to that of Adderall to the extent that it also interacts with reuptake of the neurotransmitter Dopamine though it crucially lacks both the tolerance-building and dependence-forming traits of its amphetaminic cousin.

The Nootropic effect of Modafinil is an increased level of alertness when suffering from sleep deprivation, and when supplemented by persons without sleep disorders, it drastically increases motivation and ability to retain focus. The distracting power of stray thoughts and hunger are limited while, at the same time, subjective enjoyment of the tasks being performed is increased. This has made it a popular Nootropic for students in various STEM fields, who use it to ease the mental burden of prolonged study sessions. It can also prove useful when tackling repetitive tasks such as data entry or painting.

Modafinil has no overt negative side effects, in only rare cases resulting in adverse reactions as mild as a headache. There is however a non-serious risk worth noting:

Due to the focus-enhancing properties of Modafinil, mismanagement can result in less work being done than without its involvement. It’s advisable to home in on the task that needs to be completed while waiting for a dose to “kick in”, because it’s very easy to get caught up doing something unrelated to your initial goal if you decide to “pass the time” waiting. For example, starting up a game or a series for what you intend to be a couple minutes could easily become a multi-hour marathon when Modafinil is involved.

100-300mg taken approximately a half hour prior to commencing the task you wish to focus on. (Variant depending on BMI)

Adrafinil is metabolized into Modafinil at a 3:1 ratio, so for every 100mg of Modafinil that you wish to dose, take 300mg of Adrafinil.

It is strongly advised that you not take Modafinil within 6 hours of needing to sleep. Despite not being a stimulant, Modafinil has a rather long half-life of around 15 hours. This can easily disrupt your sleep cycle, and so it’s best taken in the morning so that your body has time to process it.

Should I cycle Modafinil?

Modafinil does not build up any meaningful degree of tolerance, and can be taken indefinitely without any falloff in effectiveness. However, certain people may react to it more strongly than others and might find Modafinil better supplemented only when the focus is necessary, rather than as a 24/7 shift in mindstate.

During my first attempts to use Adrafinil, my success was somewhat mixed. It took several days of experimentation under different conditions to get it to work for me. Here are my personal notes from that period:

Of my trusted suppliers (A detailed list of these is in the pipeline), ND is the only one that provides Adrafinil. It’s not even available on Amazon, unfortunately, so it has to be purchased directly from the supplier. Adrafinil is quite pricey compared to most other commonly supplemented Nootropics, but at the same time, it’s not one that’s expected to be taken on a daily basis by those without a medical need. Factor that into your cost-benefit analysis.

If you’re interested in learning more, check out the following links:

Caffeine + L-Theanine Nootropic Stack – Modafinil, despite its wakefulness promoting properties, is not a stimulant. If taken when at already low energy levels, it may not do much to stave off your crash.  For more critical situations such as this, I find that Caffeine is a more effective alternative. I recommend combining it with L-theanine for optimal effect. Check out my review to learn more about these two synergistic Nootropics.

Nootropic Articles – All articles I’ve written on this subject can be found here.

Articles – Want to see what I’ve written about beyond the topic of Nootropics? You can find all my niche articles here.

View all posts by mamann95

Get notified of any new posts.