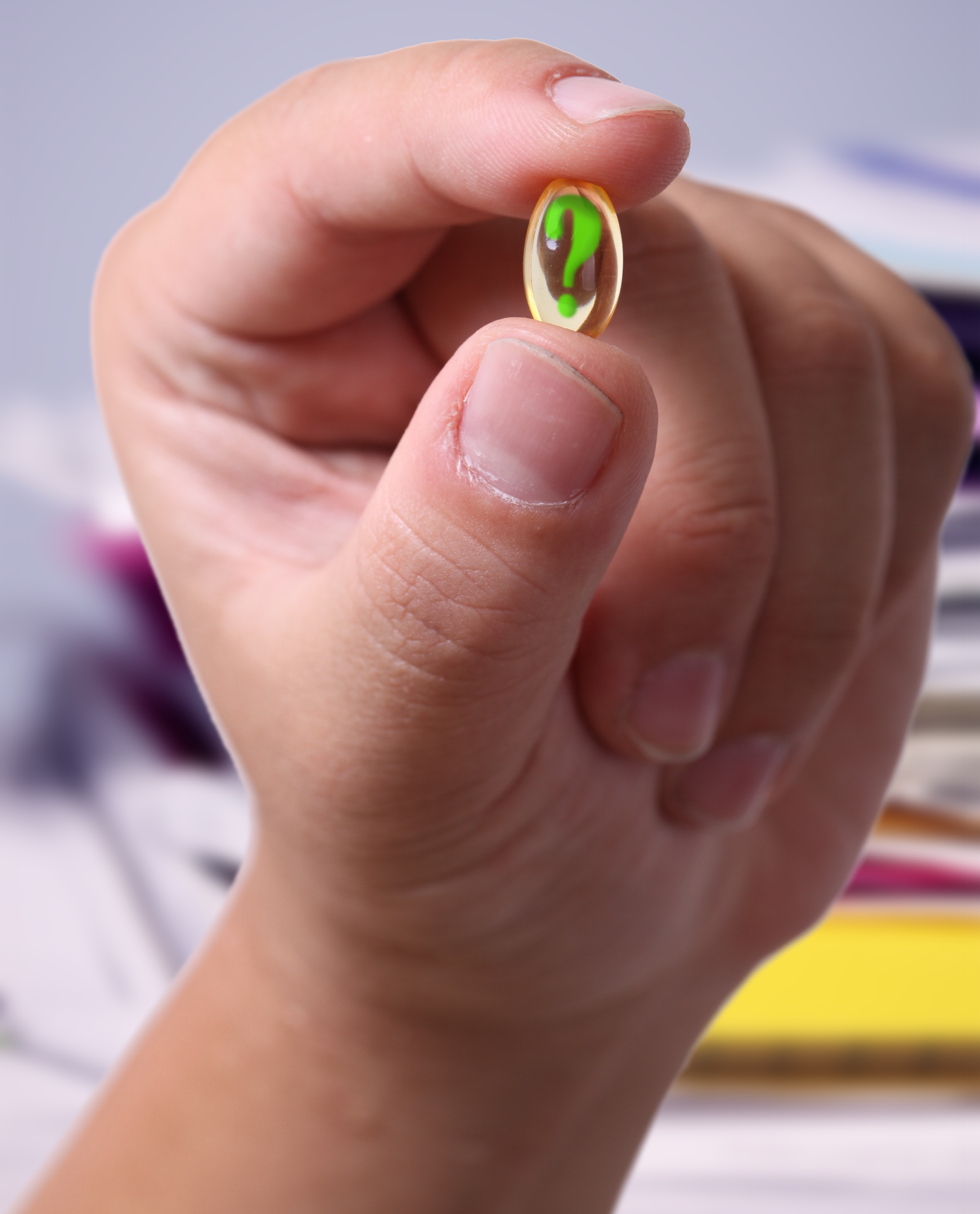 Nootropics, commonly referred to as ‘smart-drugs’, are substances intended to enhance cognitive function in some degree. Among the most commonly targeted aspects of cognition to be altered are memory, mood, motivation, and creativity, just to name a few. The type and degree of effect, as well as the mechanism by which this effect takes place, varies between different Nootropics.

Public interest in Nootropics seems to have taken off in large part in the year 2011, and has only continued to increase since then.

Personally, I partially attribute the sudden rise in interest towards the concept of smart drugs to the movie ‘Limitless’ and its partner novel ‘The Dark Fields’, both released in March of the same year. These tell the story of a struggling writer introduced to the fictional Nootropic compound NZT-48 (MDT-48 in the book). This amazing substance delivers the main character to what can only be described as an elevated state of consciousness, in which his every thought and perception are untethered by his previously human limitations — cue the on-the-nose name for the film adaptation — and he proceeds to find almost effortless success in everything he sets his now transhuman mind to.

I’ve no doubt a number of the people taking in this essay are here specifically because of that story, looking to see if the hype over potential ‘Limitless Pills’ has any merit. As interesting a concept as it may have been however, NZT-48 is entirely fictional. That said, it does have a basis in reality — albeit a far more mundane one.

Are you looking for a boost to your confidence? There’s a Nootropic for that. Several, in fact.

Are you looking for a way to elicit a mindset that you just can’t get yourself into no matter how much introspection and meditation you try? Yes, there’s a Nootropic for that too.

However, there’s no one Nootropic substance that can do everything for everyone. We all have different biology and different needs, so as with any other problem; you choose the right tools for the job. What may be a life-changing pill for someone else may be a complete non-responder in you, and vice versa, often requiring much experimentation and self-analysis to determine what works best on an individual basis.

For the most part, yes.

There are a number of regulated Nootropics, and these restrictions vary between countries and regions — for example, Phenibut, a popular recreational substance that emulates the effects of alcohol-induced anxiety reduction, is unregulated and easily purchasable in the United States, but as of February 2018 has been labeled a Schedule 9 Prohibited Substance in Australia. For reasons like this, when acquiring Nootropics, it’s important to do your research not just on what’s best for you, but what bans or restrictions may be in place in your particular region.

This one’s a bit more open-ended. There’s no clear “yes-no” answer here because of the sheer variety of types and the mechanisms by which they operate. The most widely used Nootropic on the planet is Caffeine. It’s constantly advertised in thousands of different colorful and flavored energy drinks, coffee, and stimulant compounds. In fact, it’s often included even in products that don’t clearly advertise its inclusion, like Coca-Cola and Mountain Dew. Something this widely available to adults, children, and everyone in-between — and so thoroughly tested and examined — has to be safe right?

I’m sure I don’t even need to break the facade of rhetoricism here to make my point. You already know where I’m going with this:

Caffeine is more addictive than sin.

Daily use can easily create a physical and mental dependency that’s reinforced by withdrawal symptoms if a user attempts to stop cold-turkey. By extension, people consuming drinks containing caffeine can find themselves hooked on these products without even knowing why. On top of that, the longer one uses it, the higher their tolerance becomes, requiring more and more of the stuff to elicit that rush of energy that it creates in first-time users and non-abusers. Overuse can lead to chronic fatigue when deprived of it, coupled with chronic restlessness and anxiousness when the cravings have been satisfied.

With all that being said, would you still consider caffeine to be a safe substance to consume?

If it’s taken in moderation, yes.

If the person taking it is old enough and aware of the drug’s nature, yes.

If it’s combined with other mediating substances such as L-Theanine that mitigate the anxiety-inducing effects, yes.

This is what I meant by there being no clear “yes-no” answer — there’s always an “if” clause attached — and this applies to many other Nootropics aside from just caffeine. In essence, once you do your research, pay attention to what your body is telling you, and demonstrate an ample amount of self-control, the vast majority of Nootropic substances can be considered safe.

Not all Nootropics are as risky as caffeine. In fact, many are practically impossible to abuse. Caffeine was used as an example due to its prevalence, and to establish the core mindset you should be approaching this topic with as someone interested in purchasing any of these substances for consumption:s

Just be smart about it and you’ll be fine.

Where Should I Start?

In the interest of staying on point with this essay, I’ll leave recommendations for specific Nootropics for another post (See the ‘Additional Links‘ section at the bottom of this article). Instead, I’ll focus on sharing useful resources that should give you a basis for forming an understanding of the substances you may learn about, including the mechanisms by which they operate, and how widely tested they may be:

Offers detailed scientific analyses of more common supplements, including references for their findings. Here, you’ll find complete breakdowns of a compound’s chemical make-up, mechanism of action, effects and side-effects, all presented in an easily digestible lay-man friendly format. They even have a Q&A section specific to each substance that targets common inquiries and myths.

When it comes to delving into the nitty-gritty of a particular Nootropic, make this site your go-to, because the work has already been done for you. Do take note that they will try to sell you on their supplement guides, but this is entirely optional; the site’s information is completely free to peruse. If you do want to support them however, or just have an interest in the subject matter of each guide, you’ll get your money’s worth. These people know their stuff.

As is the case for practically any subject, I’d consider Reddit to be the prime social hub for discussing all things Nootropics related. The subreddit not only features over 6 years of continuously developing discussion on the field, but also offers a number of helpful links in the side-bar, notable among them being lists of potential high-risk substances, and vendors to be avoided.

Another sub, this one dedicated to people seeking to devise or adjust their Nootropic stack. It was created to reduce spam to the Nootropics subreddit, so that the focus could remain on discussing supplements and their effectiveness among those familiar with them. If you’re looking for suggestions or ideas to target a specific issue you’re having, come here instead.

Despite the fact that an NZT-like wonder-drug may not exist, Nootropic supplements have been in use for much of human history, and their potential for enhancing daily life is only ever increasing as research continues to progress. You don’t need a degree in Medicine or Psychology to get started experimenting with them — simply remember to conduct thorough research on every compound that interests you and exercise sound judgment when assessing their effects.

There are a wealth of online resources that cover this subject (This site being one of them), so remember to employ them constantly and you’ll see positive results in no time at all.

You’ll find all articles on this topic and more at this page.

Alternatively, if you’re eager to get started trying them for yourself, here’s my review of one of the most beginner-friendly stacks you can experiment with: Caffeine + L-Theanine.

View all posts by mamann95

Get notified of any new posts.